I am excited about this edition. The bike I am sharing today is a Le Chemineau ladies bike and is easily one of my favorites in the shop. First, a little background on the marque. It was started by Joanny Panel and Claudius Bouilllier around 1911 in St. Etienne Loire, France The word Chemineau is an antiquated one meaning wanderer or vagrant. They established a patent on their derailleur system in 1912 and were advocates of derailleur use in bicycles. They operated until about 1958, and then disappeared. Le Chemineau were imported in the USA by only one man, James Armando. He was a former Olympic racer who lived in Hartford, Connecticut.
The bike has the proprietary derailleur system and early index shifter. It functions well. 650B demi balloon tires on early Mavic rims laced to Prior high flange hubs. Easily one of the most beautiful hub sets ever produced, in my opinion. Le fol alloy fenders, the rear fender has a platform built into it for carrying items with two leather straps, very rare. Ideale saddle. Simplex rod operated front derailleur. a really cool feature is the chain oiler below the front derailleur. The spout is not there, but basically oil was in the seat tube and when you turned the spout down, you could oil the chain. These have been on a couple of  Le Chemineau bikes I have seen. Modified front chainguard is attached to the frame. Neat little chain slap protector on the chain stay. Early Zefal pump is attached via brazed on pump pegs on the back of the seat tube. Unknown cranks with early Stronglight chain rings that are attached with chain ring bolts I am not familiar with, maybe home made, but definately well done.Unknown, perhaps proprietary brakes which utilize brazed on cantilever studs for a stiff and responsive brake, ahead of their time. Also the fact that the rear brake is under the chain stays, much like mountain bikes many decades later. Beborex brake levers are some of my favorites. Incorrect bars and stem. Unknown pedals, perhaps early Lyotard with cut strips of tubular tire that are wired together to be easy on shoes. Smart idea! Radios rear light and generator with a ball and socket mechanism on the head light so it can be angled and held in place with a set screw! Very cool!
When I first saw the head badge, I thought it was a grave stone. Which I thought was a bit morbid and hilarious at the same time! I learned later that it is actually a mile marker, still very cool. The bike also retains all the original frame decals. We also have the men’s mate to this bike, which I will showcase as well. The ladies bike is the better of the pair, being much more deluxe. It has so many neat features, it really is a special machine! Enjoy! 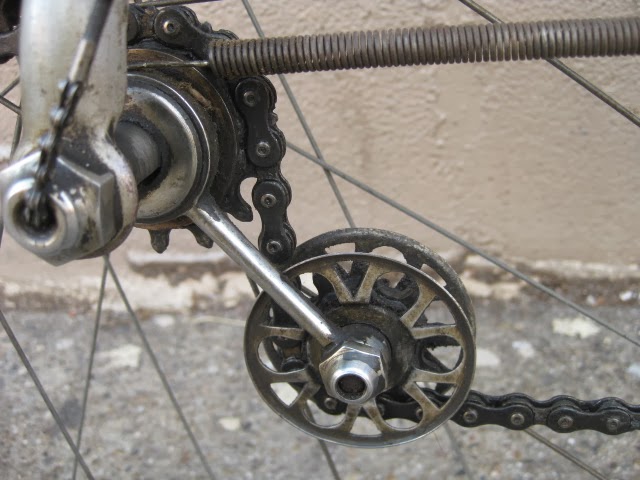 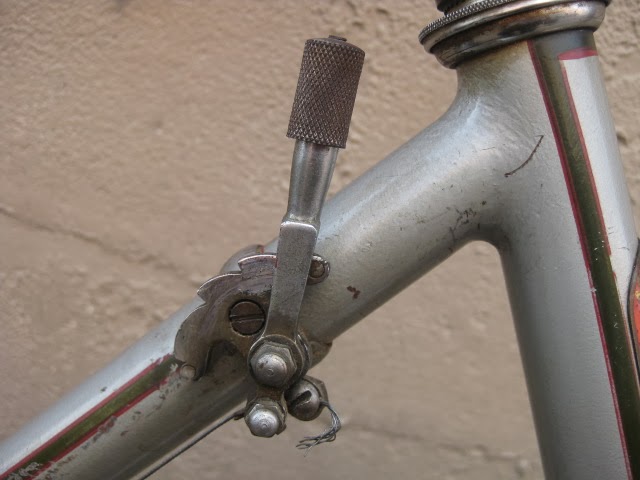 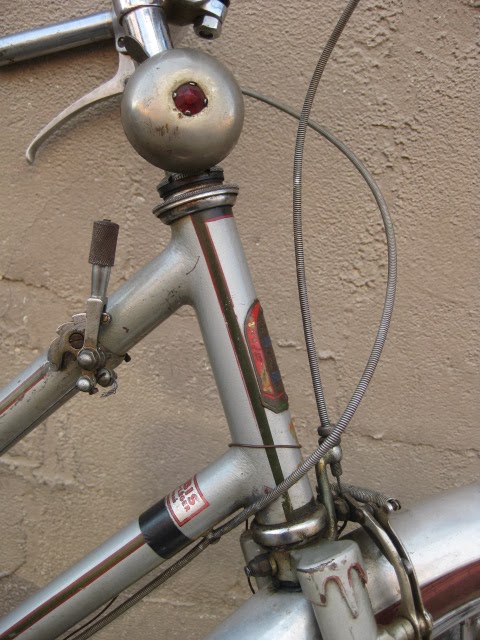 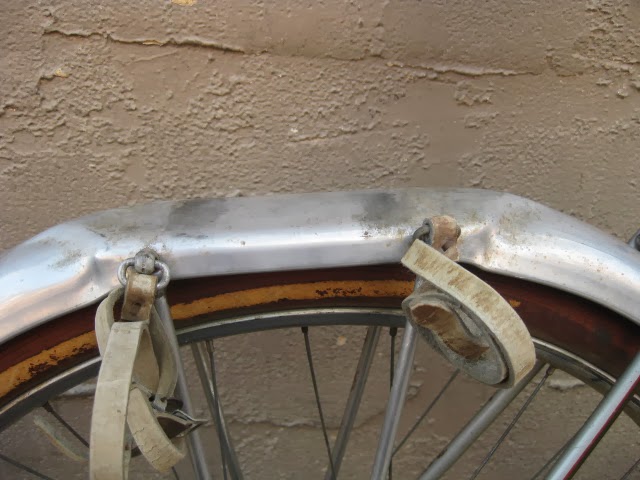 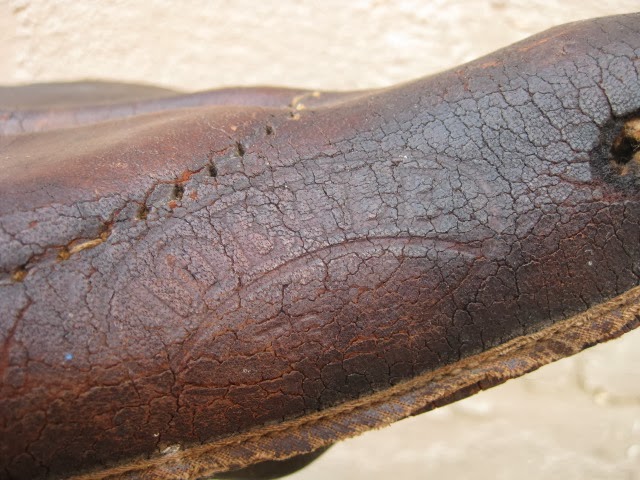 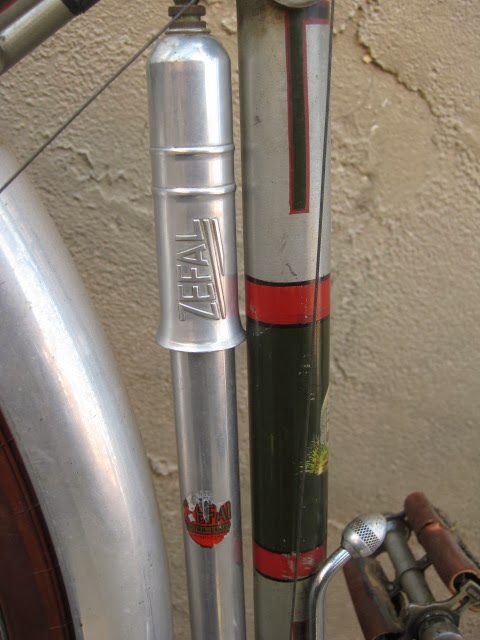 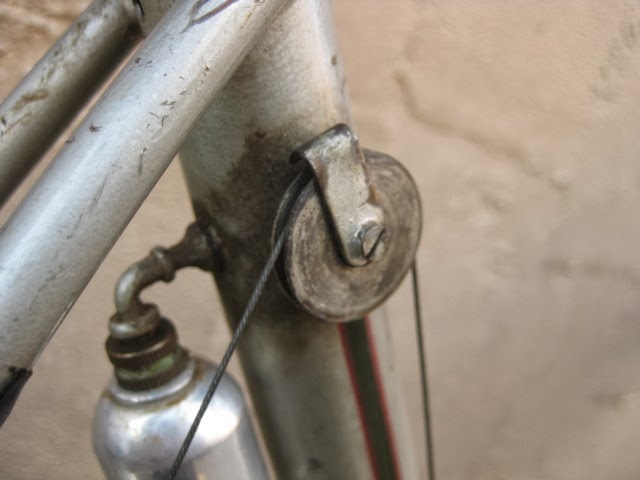 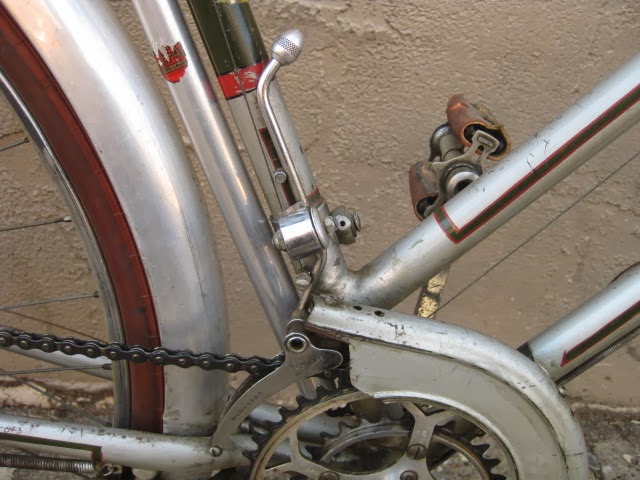 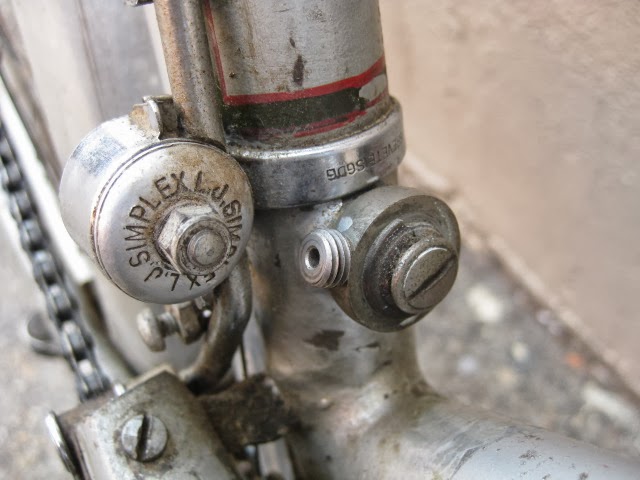 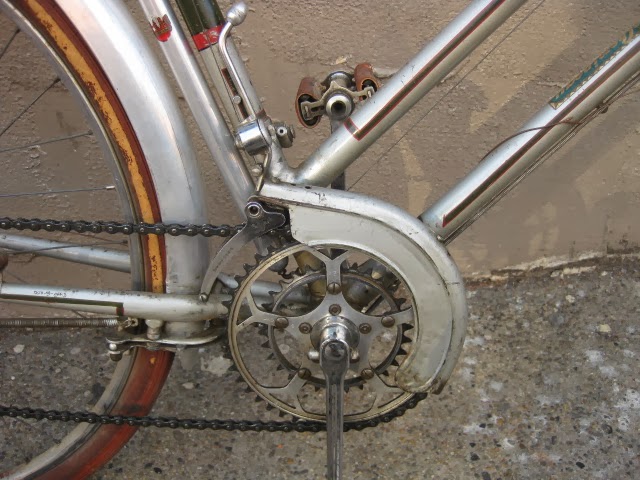 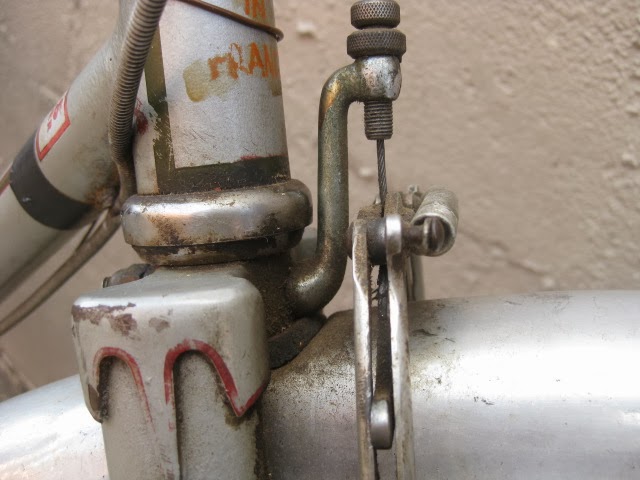 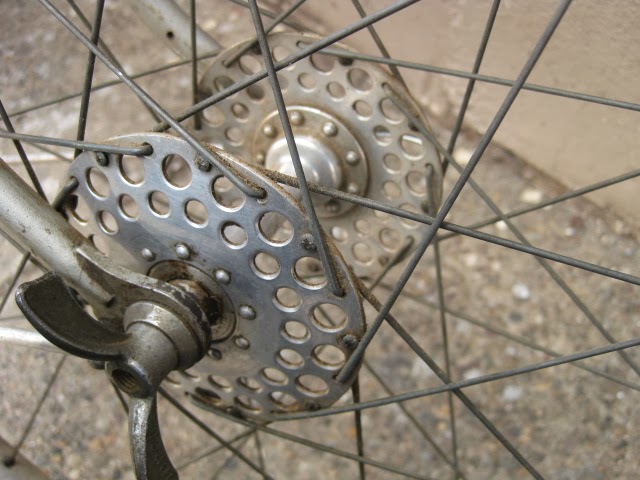 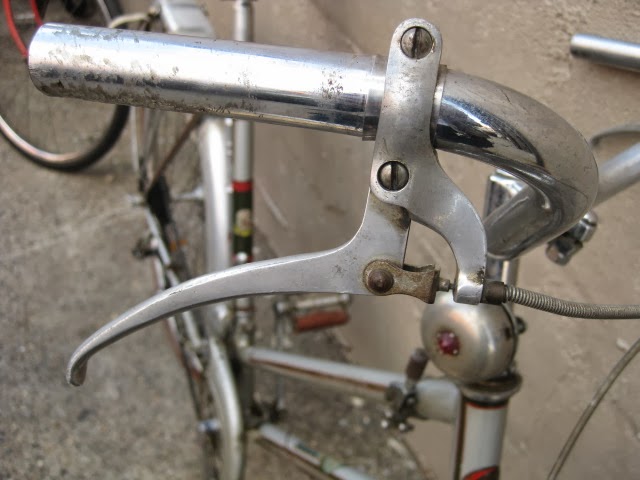