This is kind of a cool little item we came across the other day. Bartali branded razor blades from the 1940’s I believe. He was a true Italian champion of the pre war period having won the Giro D’Italia three times 1936, 1937, 1946. He also won the Tour De France twice,  1938 and 1948. It was not uncommon for cyclists to be associated with everyday items such as this. It made you feel as though you were a champion too! Also of note is the package design, very well laid out and appealing. I see that one package is missing, maybe someone needed a shave! Enjoy! 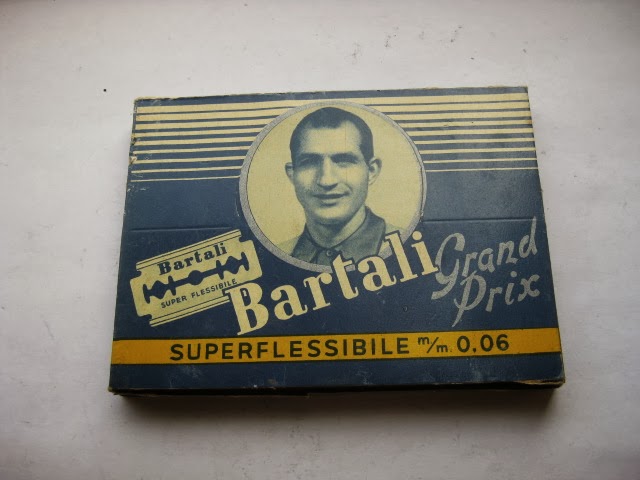