Interesting Schwinn Paramount with a gold fork, Gillon, and Austro-Daimler 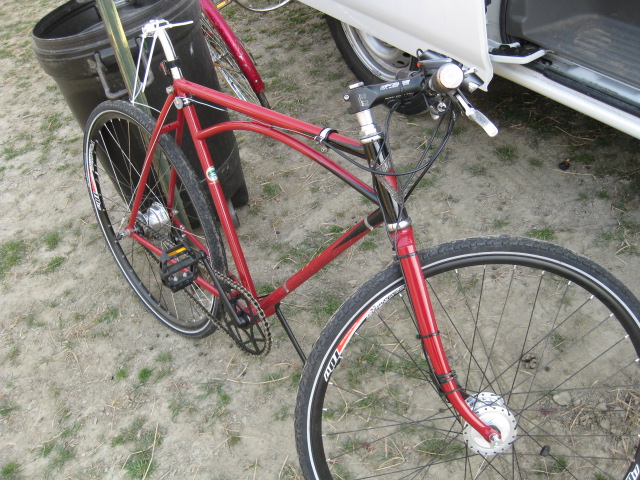 A fellow collector recently found an early 1950s Raleigh but the Reynolds aluminum stem was cracked. I just so happen to buy a set of handlebars with a Reynolds stem that morning at Copake and was able to help him out.